Skip to content
Home80’s Trash of the Week – Vision Quest
In which we wrestle and discover the clitoris, to songs by Madonna and Journey!

Vision Quest is probably better known as the first movie with Madonna, and in some countries it is known as “Crazy For You,” because she sings that song in a bar during a dance scene. Everyone knows him as Private Joker, but Matthew Modine got his start in quirky coming of age movies like this one, and Birdy. He had a good little thing going there before Cutthroat Island, which is in the Guinness book of World Records as the Biggest Flop of All Time. I own that movie, and I object, because I thought The Adventures of Pluto Nash topped it. Plus hey, Geena Davis in a pirate outfit is worth ten bucks on a lonely evening.

Carla, Louden, and his Dad

In Vision Quest, Modine plays a high school wrestler named Louden Swain, who has just turned 18 and realized he hasn’t done much with his life. He feels like he’s been coasting. So he decides to drop 2 weight classes to 168 and take on the 3-time state champion, Brian Shute. While this makes it seem like a Rocky or Breaking Training movie, there’s a lot more to it. And by a lot more, I mean a young, hot, Linda Fiorentino in her first role.

Linda Fiorentino is one of the most underrated Hollywood actresses, and if you haven’t seen The Last Seduction, you haven’t seen one of the best modern film noir since Body Heat. She embodies the femme fatale, and always plays strong women. She even played the descendant of Christ in Dogma, and dispatched some demons. Here, she plays Carla, who’s trying to return a lemon she bought on a car lot where Louden’s father (Ronny Cox) is a mechanic. Louden’s Dad takes her side and loses his job, she loses her car, and she needs a place to stay, so… why not shack up with my horny teenage son?

Louden is also friends with Kuch, a mohawked chopper-driving punk also on the wrestling team, who tells him that his decision to take on the big champ is a vision quest, giving us the title of the movie, and thankfully no hokey Hollywood pseudo-spiritualism. They sneak over to Shute’s high school to see how he trains, and we find him walking up and down the bleachers with a huge log over his shoulders, like Arnie in Commando.

Shute, the champ. I dare you to call him poop-chute.

Shute will be a formidable opponent, and Louden is distracted by the 21-year old siren in his house. She’s not only sexy but mature and unapproachable, a foul-mouthed Jersey girl who says stuff like “you’ll have an asshole as wide as the Lincoln Tunnel.” But that doesn’t stop Louden. He’s also studying biology because he wants to be some sort of doctor or astronaut or both, and his paper on the clitoris doesn’t go over well with the school faculty. The nerdy high school girl who he hangs around with, Margie Epstein, says “What a blast to the First Amendment! The first thing they do is shut down the press and imprison the intellectuals. I LOVED YOUR PIECE ON THE CLITORIS! I SHOWED IT TO MY MOTHER!”

Teach, I have a swelling that won’t go down.

The movie has a wry sense of humor when it’s not making clit jokes, and Louden’s flighty interests are reminiscent of high school musings. He’s friendly with his teacher Gene Tanneran, an ex-basketball player teaching him English and poetry. He confides in him about the problem of living under the same roof as Carla while trying to cut weight, which is giving him nosebleeds while blood is rushing elsewhere.

Tanneran: I think you’re dehydrated.
Louden Swain: No, I’m just the victim of a screwed-up nitrogen imbalance. Plus, I think I’ve contracted priapism.
Tanneran: What’s priapism?
Louden: It’s a disease of a constant erection. It’s not funny, believe me! The girl of my dreams lives under my own roof, but she thinks I’m just a kid, a dumb jock, all of which is more or less true. I’m dying, Mr. Tanneran, just like that girl in the poem… only quicker, and with a hard-on. 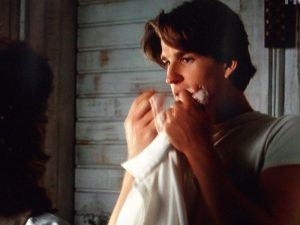 I was just making sure you used fabric softener…

Carla begins to soften to Louden, also giving him some valuable lessons about what it means to be a man, like don’t let a girl catch you sniffing her panties. Eventually they go out to a bar and dance to Madonna, who sings “Crazy for You” and “Gambler,” back when she was a singer and not a product. 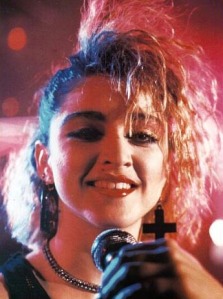 I think she was trying to out-Lauper Cyndi at this point.

Of course they get it on, but Carla knows she is interfering with Louden’s goals and skips town to force him to concentrate on wrestling. This bothers him but he doesn’t go into the usual funk, he hunts her down and confronts her, and makes it to the match just in time. 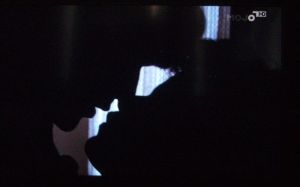 I envy Mr. Modine even if he only got it on in movie-land.

Based on a book by Terry Davis, the emphasis on wrestling is what makes an enduring fanbase for this movie. I can’t think of another movie with high school wrestling in it except maybe The World According to Garp and it’s a minor subplot there. The wrestling scenes are decent. I myself go to a mixed-martial arts class to get beaten up twice a week at AFS, and we get a lot of wrestlers in there. The matches here look good, but Modine definitely does not look like he’s in the same class as Shute.


You need a montage!

Being a “Rocky” story we know how it will end, but the movie shines in how it gets us there, with its characters. Louden works in a kitchen with an old cook named Elmo, who could be played by Tony “Paulie Walnuts” Sirico in a remake. The script gives us real people and no cardboard cut-outs, except maybe for another wrestler who doesn’t think Louden is a “team player,” but he only shows up once or twice.

Louden is wiser than his years, without it being too obvious; he’s still immature and learning who he is, and he learns not to settle for anything less than his dreams in this movie. I like the quote he leaves us with before “Only the Young” plays over the credits:

But all I ever settled for is that we’re born to live and then to die, and… we got to do it alone, each in his own way. And I guess that’s why we got to love those people who deserve it like there’s no tomorrow. ‘Cause when you get right down to it – there isn’t. 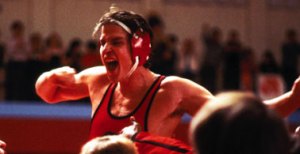 Vision Quest slams us with a lateral drop and puts us in a crucifix, giving us a noogie of 80’s nostalgia and makes us tap out to its fine script and acting by two rising stars.

If you still are waffling about The Last Seduction…