I spent a lot of time at my grandmother’s growing up, Sunday afternoons with bowls of spaghetti and meatballs, my aunts and uncles drinking coffee around the table while we kids sprawled on the rug watching creature features on the boob tube.

Classics like Island of Terror. Mothra. And anything by Ray Harryhausen.

My mom’s favorite was Mighty Joe Young, a remake of King Kong where Joe gets to be the good guy. It’s not as popular as Kong, and is a lot more kid-friendly- no dozens of explorers chomped by dinosaurs, and the ape gets to live- but I like the message better. They find a wonder of the world and try to make money off him, and should have left him alone. Joe is less frightening, he’s no a stand-in for our fears of *cough* “darkest Africa” getting its mitts on a pretty white woman. In fact, this time he is raised by Jill, and is very protective of her. My favorite scene is when he rescues kids from a burning orphanage. They had to throw that in so the authorities wouldn’t kill him for beating up a bunch of strongmen who bully him.

The first Ray Harryhausen film I remember is The Beast from 20,000 Fathoms, about an underwater dinosaur wreaking havoc on San Francisco. Chiller Theater played this one a lot. I loved this scene in particular. You really feel for the poor little guy who gets chomped.

The Sinbad movies were delightful adventures. We loved all of them. Jason and the Argonauts felt a little dated by the time I saw it, but the skeletal warriors are iconic. So simple and so terrifying, the grinning skulls of the dead hacking and slashing at you without emotion. And who can forget this guy?

It may not be his best, but I must say my favorite, probably from the relentless exposure on HBO in the ’80s, is Clash of the Titans (full review here). It’s his biggest film, with Laurence Olivier as Zeus, Ursula Andress as Aphrodite, Burgess Meredith in a very memorable role, tons of mythological beasties from giant scorpions, Pegasus, medusa, to the original Kraken. A friend of mine was making fun of the mechanical owl Bubo, and I wanted to punch him in the mouth. Don’t mess with Bubo, man. I wanted that owl!

Today with CG, things still don’t look real to me. Some movies transcend the effects- the Hellboy movies, Life of Pi. But most directors can’t direct actors on green screen well enough to make it seem real. Evil Dead used real effects, and I hope it becomes popular again. Some of the best combine both, like Jurassic Park. But it all comes back to Mr. Harryhausen’s meticulous stop motion effects and King Kong. When it comes to movies, Ray Harryhausen was a true wonder of the world. He helped me unleash my imagination, and seeing his unworldly creations alive on the screen made it okay to dream about fantastic worlds. 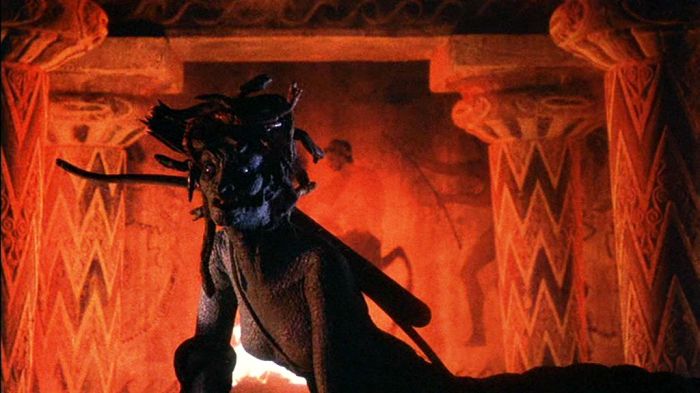