When I was thirteen, me and my friends Jeff and Lonnie started a software company. Not Apple, Microsoft… we were Eclipse Software Productions, and we wrote software for Atari personal computers (not the game consoles, the 800, 800XL, ST, etc). We started by creating images for Broderbund Software’s The Print Shop, which let you print greeting cards, flyers, and so on, on your noisy dot matrix printer. By the end we were writing primitive Word Processing and Check Balancing programs for cheap, selling them all on a floppy disk for $10 when the professional versions cost $49.99 each.

We made a few hundred bucks over a year or so, but we didn’t stick with it, and went our separate ways. As I dive into ’80s nostalgia for a book project, this all came back to me, and one of my favorite memories as a computer nerd in that time was when my hero Joey Ramone appeared in K-Power magazine, a rag for Apple, Atari, TRS-80, and Commodore 64 users and programmers. He gave them an unrecorded demo called “S.L.U.G.” and the staff wrote a BASIC program that would play the tune in all its 8-bit glory, while the lyrics blinked in time to the music. I keyed it in and was overjoyed! The Ramones! on my Atari 800XL! Totally awesome! (that’s ’80s speak for “OMG”). The song is hilariously silly, a love song about a slug, in the ’50s doo-wop vein. It would go really well with a viewing of Slither.

Here are the pages from the magazine with an interview with Joey. If you want the programs to try out on an emulator, the whole issue of K-Power is archived here. Click to embiggen:

Listen to the 8-bit version. But what did it sound like, really? When the Ramones released their “All the Stuff, and More” collections in the late ’90s, the original demo of “S.L.U.G.” was included:

And here’s a video of Joey singing it live in 1998, a few years before he died.

Joey was a hero of mine, a gangly goof who became a legendary rock star by being true to himself and singing about what he wanted, not what was expected of him. And he’s buried in the same cemetery as my grandmother: 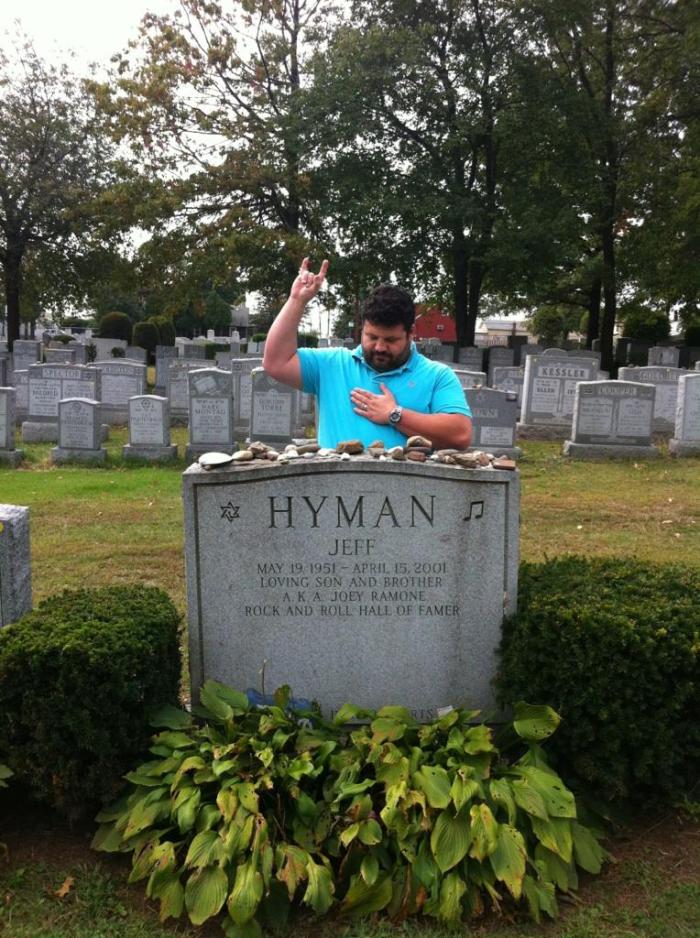