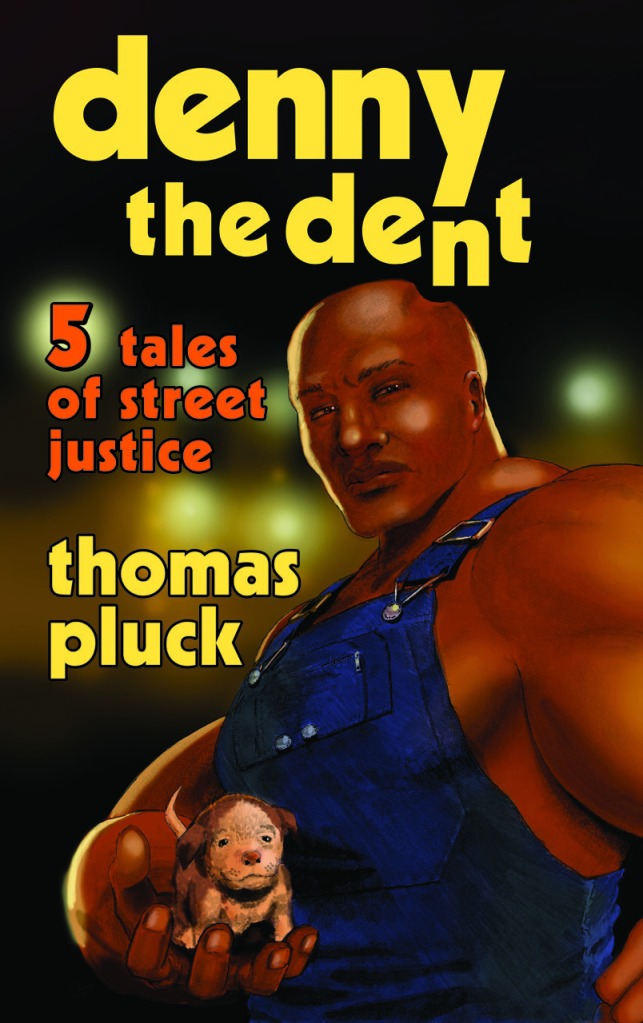 Denny “the Dent” Forrest is six foot five, three-fifty, and born with a dent in the side of his head that makes everyone he meets think he is just big and stupid. He can lift a truck off a trapped child… or twist a man’s head clean off with his bare hands. In these five tales of urban noir, the baddest men on the streets of Newark just won’t let Denny and his friends be. He may not know a lot, but he knows right from wrong… and how to make wrong right with his two big hands.

“I fell in love with Denny, scars and all.” –Pankhearst Review

The first five Denny the Dent stories are collected in Denny the Dent: 5 Tales of Street Justice
Legacy of Brutality: Denny just wants to pump iron at the gym. When a trainer’s boyfriend thinks she’s sweet on big Denny, he starts all sorts of trouble.
Rain Dog: On a run through Newark’s Weequahic park, there’s no telling what you’ll find. Denny finds trouble, and ends it the only way he knows how.
Junkyard Dog: When Denny’s scrap hauling buddy’s pitbull puppy is taken by a dogfighting ring, he must save it before it’s tore up and taught to live on pain, just like Denny was.
Garbage Man: In his biggest adventure yet, Denny fights gangbangers and cops to save do-gooder neighbors from themselves.
Train: A woman from Denny’s past shakes his world, and he learns there are some things you can never set right.

Available for:
Amazon Kindle US
Amazon Kindle (all other countries)
Barnes & Noble Nook
Kobo e-readers
iTunes for iPad and iPhones
Scribd and PageFoundry

One thought on “Denny the Dent”

You Talking To Me? Leave a Reply: Cancel reply