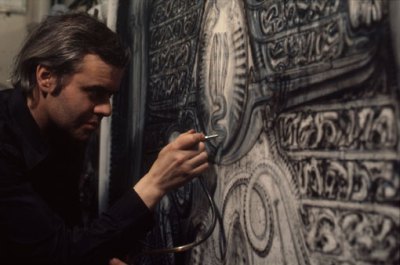 The man who first really scared the living shit out of me was HR Giger.

Oh, Ridley Scott gets some credit. And Bolaji Badejo, the guy in the alien suit. One of the most memorable and effective horror movies of all time, Alien played on HBO in 1980. I crept out of my bedroom to sneak-watch it, ignoring my mother’s warnings that it’ll give you nightmares.

And boy, was she right. 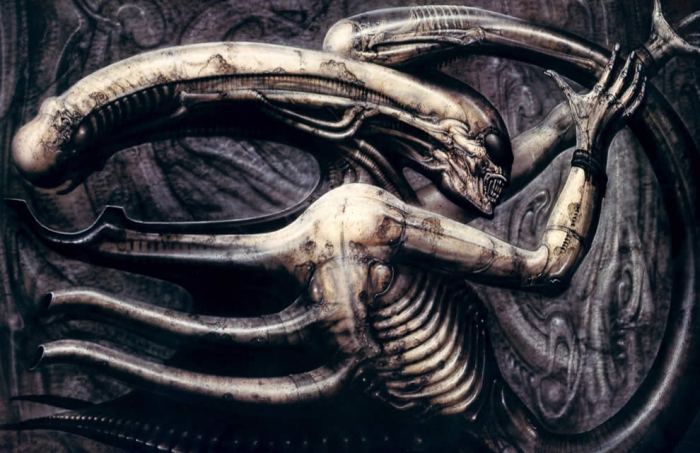 It plays equally well to men and women. The creature that crawls from the eggs those astronauts find in the belly of the wrecked ship makes impregnation by rape an equal opportunity nightmare. Everyone remembers the scene at the table where John Hurt really gets hurt. Talk about an unwanted childbirth. For men, these scenes give a horrific glimpse of what it’s like to not have control of your own body, to imagine what it’s like to know there’s a creature out there that wants to use your body for its own purposes. The story is pure genius that way. Apparently, that’s how tsetse flies reproduce. I’ve never been happier to be a mammal, than after learning that. 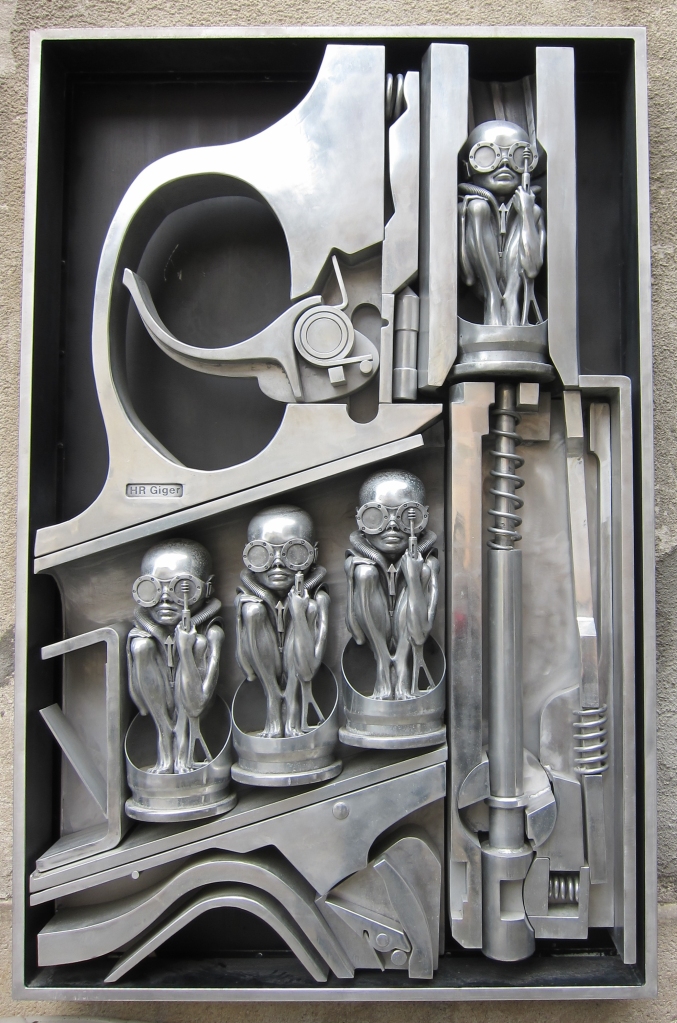 Giger’s creature gave me great nightmares. The one I remember most is a huge fly with the face of the alien chasing me, with its toothy double mouth. I told you so, Mom said. But I didn’t care. I loved being scared. Especially by an eyeless black monstrosity made of bones and fangs, the stuff of pure nightmares that looks as if it crawled from the cesspit of the human id.

Giger’s art was hard to find back then. I found it on the cover of a Debbie Harry album. And then one of my favorite bands of the time, Dead Kennedys, became embroiled in a pornography trial. Which made listening to them all the more rebellious. Their album Frankenchrist included a poster with some HR Giger art of decaying sex organs lined up in a row. It grossed me out, but I mailed in for the poster- they couldn’t sell it with the album during the trial- and hung it on my wall to be shocking. 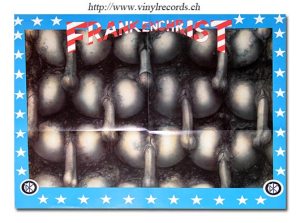 I still don’t know what Giger was trying to say with it. Or any of his art, except the more overtly political stuff, with guns and jackbooted thugs. Over the years I collected many of his books, such as Necronomicon II. His art was disturbing on the subconscious level, reminding us that we’re all meat and parts, like offal at the slaughterhouse. He had a unique imagination, and I am glad he lived a long life and shared it with us.